Where to visit in a must-see destination – Myanmar

CNN Travel has chosen Myanmar as a must-see destination in 2014 and Myanmar totally deserves it. Among many magnificent treasures there, below are five of the best.

The golden Shwedagon Pagoda has been there brightening up all over the former capital of Myanmar for about 2500 years. It is literally a treasure with hundreds of golden plates covering the whole pagoda and thousands of diamonds being encrusted on the stupa.  Don’t you want to see it with your naked eyes?

As Myanmar is one of the world’s most Buddhist countries, this pagoda plays an important role for Myanmar people. 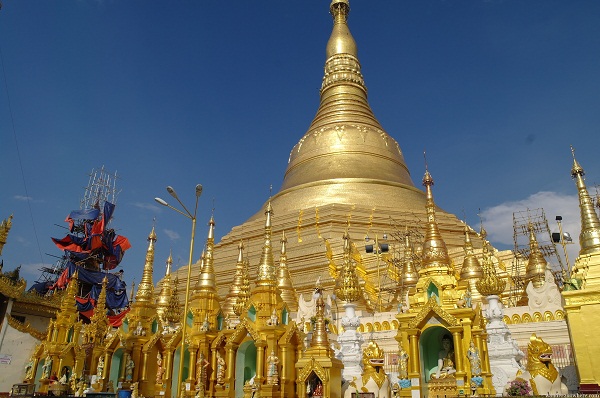 Yangon – a place of colonial architecture

Yangon is of a rich architectural heritage with great traces of former British Empire. It is proved as buildings from the colonial era stretching out across the city. They were built during the British rule in Burma (lasting from 1842 to 1948). Travelers to Myanmar will not want to miss a chance to visit attractive buildings such as City Hall, the former High Court and Stand Hotel.

Bagan – an ancient city in the Mandalay region

Bagan, which is an ancient city located in central Myanmar, in the region of Mandalay. There stand more than 2000 pagodas and temples built since 11th to 13th centuries. Marcus Allender, founder of travel site for Myanmar, Go-Myanmar said that there was just so much to discover from those pagodas and temples. Should you find religious travel, especially Buddhism, Began is always ready for you.

Is not a seven kilometers of white sand fringed with palm trees and crystal clear turquoise sea your dream beach? The sunset picture in Ngapali is just such an amazing gift from God. Tourists to this most famous Myanmar will surely have a good time with sea sports – snorkeling, scuba diving, kayaking – cycling and golf.

The sea is as clear as it is in Ngapali. Just enjoy your trip by scuba diving, snorkeling, walking out to at low tide, riding a hired motorbike. All experiences in Ngwe Saung are really great but the best is enjoying seafood. Lobster, shrimp, crab, fish, and everything are just so fantastic. More interestingly, you may have a chance to see fishermen with their catch in the early morning.

Those are five attractions with different kinds of tourism, from religious to architectural, from continental to coastal, from sight seeing to seafood tourism. Does Myanmar deserve to be considered as a must-go destination? Let’s go. Enjoy. And feel.

Start Planning With Us You have something in mind now after reading our blog?
Please pick your most favored one from our popular tours or

Email Us Now If you are still not sure which tour to choose from and want to
ask some questions, please have a quick contact with our team by