The Central Highlands province of Lam Dong’s Da Lat city, which is famous for its charming and romantic landscapes and architecture, and lovers’ first choice on Valentine’s Day, has planned various festivals to welcome the couples on February 14.

The Love Valley and Mong Mo (Dreamlike) Hill are two of the most attractive places for romantics. At Mong Mo Hill, couples are offered a chance to write notes of wishes and pin them to the “love tree”. Whilst the Love Valley offers a poetic beauty for them to capture the moments they are together. 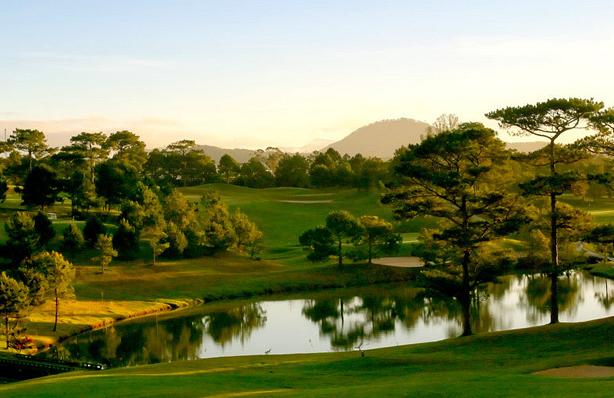 Young couples can also enjoy the city at night by riding tandem bicycles or floating across Xuan Huong lake in swan boats.

Many resorts, hotels, restaurants and coffee shops in the city will offer special music performances to visitors on Valentine’s Day.

Tourists to Da Lat during the time will have a chance to take part in the Pongour waterfall festival held annually on the first full-moon of the Lunar Year. This year’s festival, which coincides with Valentine’s Day, will be held at the provincial level for the first time as part of the 2014 Central Highlands-Da Lat national tourism year.

Between February 13 and 14, programmes featuring the Thai ethnic group’s cultural identity, photo and calligraphy exhibitions, folk games, and a special event for lovers will take place, expecting to attract 200-300 couples.

Located in Duc Trong district, 50 km south of Da Lat, the Pongour is considered the wildest and most mighty waterfall in the southern Central Highlands.